The Sunday Times is reporting that a study has revealed a connection between height and IQ. 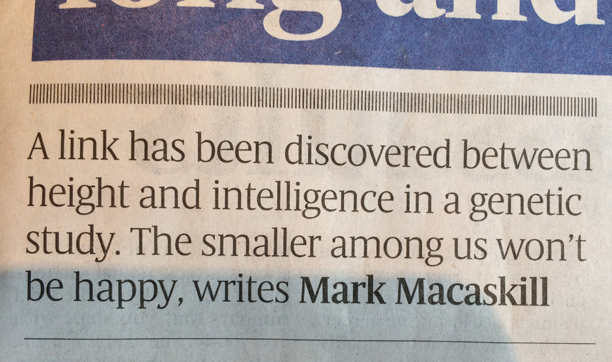 Academics in London and Edinburgh claim people who are shorter than average are more likely to have lower IQs than their taller counterparts, after they identified genes that influence height and IQ. Unlike previous studies, which explored the link in family members, theirs is the first to analyse DNA markers in a large sample of more than 6,800 unrelated people.

What we found was a small association between height and intelligence such that "people who are taller tend to be smarter” said Riccardo Marioni, from Edinburgh University’s Institute of Genetics and Molecular Medicine.