Why are Dutch people so tall? 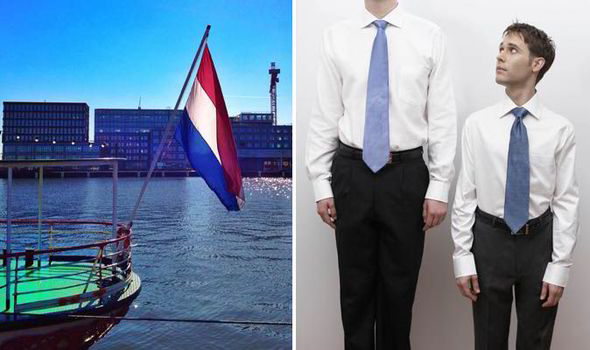 On average, the Netherlands holds the record for the tallest people in the world, with the average women standing at 1.71 metres (5.6 foot) tall and men at 1.84 metres (6 foot).

But how has the Netherlands gone from one of the shortest nations in the world to the tallest in less than 200 years?

Different diets are thought to be a popular suggestion behind this remarkable growth, however scientists think that other factors also come into play.  A study by Gert Strulp investigated the why the height of Dutch individuals has accelerated. By researching more than 40,000 individuals over 3 decades, Strulp and his team found that height was related to fertility rate. In the Netherlands, males who were taller than the average height and women classed in the average height bracket were regarded as most fertile.

How these results compare to the average in the US gives us an indication why an increase of 20cm (8 inches) has occured in dutch men within the last 150 years, compared to only 6cm in men from the US.

Overall Strulp and his team suggest that that natural selection along with good enviromental conditions contribute to the Netherlands being regarded tallest nation on the planet.

The UK have a bit of catching up to do, with men averaging 5ft 9in and women 5 ft 3in tall.

However if you're buying jeans from us, you to are above average.