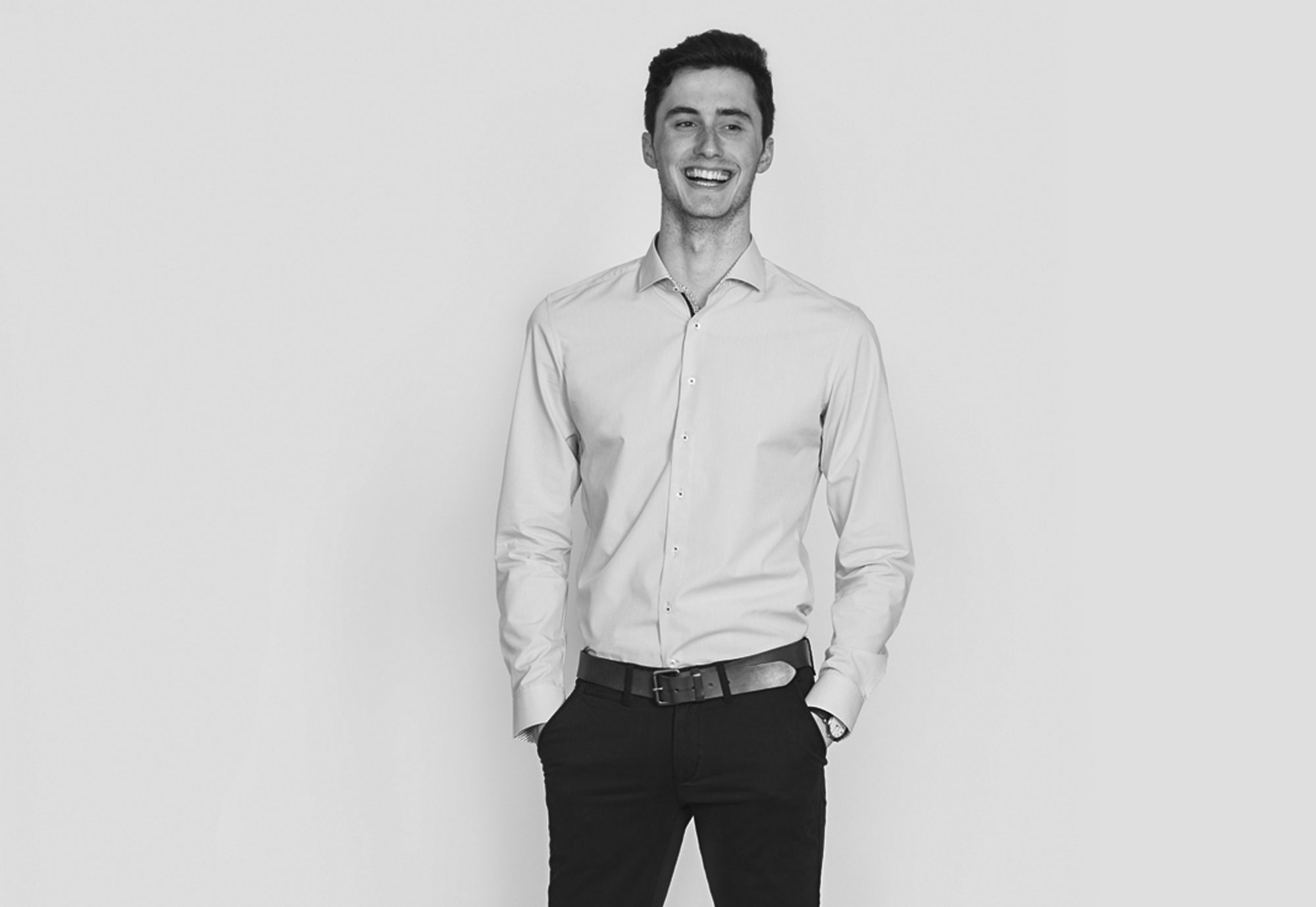 Tom is one of our models at 2tall and has been involved with the business for the last 2 years. He's currently a student, so helps us out during his spare time when he's not studying (or at least trying to).

Tom's build is very similar to a lot of our customers, which meant before 2tall.com existed, he found it really difficult to find clothes that not only fitted him, but fitted well.

"I played in the same basketball team as Andy, and I remember when he first mentioned 2tall. I was a bit dubious at first as I expected it to be another "big and tall" store, but i soon realised it was very different from what i'd experienced before, and actually had stuff for tall slim guys. I was really impressed with the range of jeans for tall men that they have, as for me they were something i really struggled to get a hold of previously. My dad is 6'7" and so i'd been with him to a High and Mighty store before - they're meant to be a store for tall men, but had absolutely nothing in a 32" waist, and still only a few pairs in bigger sizes."

Here is a bit more information about him...

How tall are you?

What do you do for a living ?

A full time student at Aberdeen university studying mechanical engineering. Hoping to be a trooper one day in the business world.

It has to be the running man dance. Have you not seen my famous instagram video?

Tell us something else about yourself ?

Well, apart from obviously playing basketball, I'm an avid surfer here in the North Sea. Winter is the prime time for surf, so the requirement for a decent wetsuit is hard to come buy with there being no extra tall slim wetsuits.

What is the best thing about being tall ?

The look people give you... Weird, I know, but there's something about the way people turn when you walk past them and you hear them muttering, "wow, he's tall". It's a different story if they come up to me and state the obvious though...

What do you do in your spare time ?

Surf and try not to cry with the degree I study.

What is your favourite song of all time ?

Jump around - house of pain. A pure classic.

What about your favourite TV show ?

What advice would you give other tall guys ?

Embrace it, because you're pretty much a celebrity on a night out. I've even appeared on student site The Tab because of my height ! But in all serious, it's always been hard being called lanky... It's a comment you always hear, and it's something I've always been affected by, but with 2tall and all its jokes about height, you come to realise that being tall is nothing to worry about, and that you should embrace it and have fun with it.